It's SPD! What a Relief! 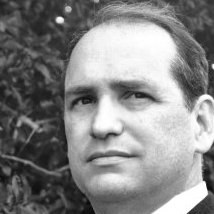 At 50, traveling back and forth to the Mayo Clinic in Florida was nerve-racking. Literally. What was this 'thing' I seem to have, but don't? Multiple System Atrophy? Parkinson's Disease? Frontotemporal Dementia? Multiple Sclerosis? Vascular disease? I entered all of the numerous tests thinking, "Now everyone will see! It isn't in my mind." I came out with the final assurance that there most-likely IS a physical brain problem, but not in the "hardware," as Dr. VanGerpen said, "but in the software." And, it wasn't another psychiatrist that he recommended, but intensive physical and occupational therapy. I needed help over-writing the bugs in my lifelong programming.

For several years, my wife, Tracy, encouraged me to read "The Out-of-sync Child," which I am sure most of you already have. (If not, stop what you are doing and go find a copy.) One of our daughters seemed to fit the descriptions closely. I read it didn't though. Yea - stupid me. I am now. It describes what the Mayo Clinic's diagnosticians suggested.

I almost didn't bring up my childhood with the neurologist; it didn't seem relevant, and the last thing I wanted was to hear him tell me that I had a conversion disorder. Been there - 'therapized' that. I was running out of life-issues to travel through with therapists in order to justify that diagnosis. The only consistent psychopathology was "mild depression." (Oh yea, I was a Licensed Professional Counselor.)

The inconsistent and transient symptoms always involved neurological symptoms. Movement, voice and speech, swallowing, eyesight, coordination and balance, light and heat touch, constipation, and tremors. Even my blood pressure became involved for a while, often running diastolic pressures between 100-110. Freakishly, the pressures are all very healthy now, like a teenager. The thread that ran through everything was the autonomic involvement. So, it seemed reasonable to suspect an autonomic degenerative disorder.

All-in-all, it has been a humiliating experience much of my adult life. When stumbling around on twisting legs, everyone would always want to know if I'd seen a doctor. Yup. Over and over. "What did they say?" asked those that cared for me. "That it is all in my head and I'm making this up because I am sadistic and want people to feel manipulated by me." ...that is what I wanted to say, but didn't. Instead, I just pushed people away out of embarrassment. In time I wished that I'd just end up with a deadly degenerative disease so that I could point to it and say this is REALLY what was going on. But, with no 'luck,' I am left preferring to keep friends and family in the dark - fearful of their judgement. It isn't that I want their approval as much as I don't want to be perceived as a narcissistic hypochondriac that enjoyed the consequences of being the boy who cried Wolf-Parkinson-White syndrome.

One thing that has been the most perplexing to me is memory. Two separate neuropsychiatric tests this year have clearly demonstrated that my memory is intact - at least for recent events. I'm left with the belief that I simply get distracted easily. That is easy enough to swallow - I'm 50; there is a lot to ruminate on, right? But, it isn't short-term memory that bothers me. It is long-term Swiss cheese memory. Nearly daily I am surprised to learn of things that happened in my family (wife and two daughters) years ago. Even going back to high school, there are years that had disappeared. (Tell that to a psychologist and you're sure to spend a lot of time paying for him/her to satisfy his/her curiosity - to see what kind of trauma that can be uncovered! Long-term memory loss makes them salivate! It is like a game of hide-and-seek for them - I know because I was a specialist in PTSD and felt that way, too.)

So, what is the theory that best packages all of this into a nice, neat gift for my wife to constantly unwrap? Sometimes my brain doesn't correctly prioritize and synchronize incoming nerve signals. I believe

it was Francis Crick, the co-discoverer of DNA and author of 'An Astonishing Hypothesis,' that suggested there are up to 5000 neurotransmitter communications per second in the human brain. If true, that leaves a great deal of room for error!

That would help explain why all humans have out-of-sync moments from time to time. Then there are those of of that, for whatever reason you feel like assigning, are blessed with being the 'other-minded.' What lives in the 'other-minded' is the frustrations of feeling 'almost-but-never-successfully' running smoothly on all cylinders, as well as the blessing of having the subtle sense that you are able to think in ways unique to the 'normals.'

Whether true or not (and it really doesn't matter at this point) the 'reason' I have this issue can be found in-utero. The family story, as told by my mother, is that she was bed-ridden during the last trimester of her pregnancy. She caught a virus and my fetal body dropped into the birth canal. She was ordered to bed for three months to get over the virus and to keep me from birthing. On March 7, around 11pm, my pointy head pushed its way into the world.

As for the constant crying, the coordination problems, and delayed milestones, they pointed to a "mentally retarded baby," according to the donor of my half-self. "Let's put him up for adoption!" Didn't happen, fortunately, and unfortunately. (He was quite physically abusive with the tree limbs I had to select for the beatings. Sweet, huh? That lasted for 8 years before my mom wised up and divorced him.)

Friendships were hard to make - I was constantly angry. As memory serves, I only recall one childhood close friend, in high school. I was close to my younger brother, the coordinated, sports-minded, and socially plugged-in kid. My grades were typically C-average, while my siblings were usually A's. I recall my father (that adopted us after marrying my mother) spending many hours, many nights going over the same math problems so that I could finish my homework. In high school, the counselor suggested that I not go to college, that I probably would not succeed even two years.

Well, college was a breeze, seriously. I did very well and ended up with a Master's Degree in Clinical Mental Health Counseling. This was also the most stressful time in my life; my new wife died of a very rare cancer at the age of 23. Yet, I don't recall any problems with being out of sync. Emotionally screwed - definitely, but physically I was doing well.

I did well (in emotional recovery) for 6 years. Married again after 9 years. But, in about the 1999 I began having periods of right arm weakness. As symptoms continued to grow, and stress about the symptoms did as well, I was evaluated in numerous neurology clinics and even ended up on medication for MS at one point. I looked ridiculous when I tried to stand and walk. My poor wife endured the brunt of my craziness. I ended up on work disability from a good-paying job with excellent benefits. I couldn't get them to find a place for me when it was better, so I had to leave and start my own business, recruiting talent for the medical sector. Counseling seemed to help, so the timing resulted in a PTSD diagnosis.

A few years ago, the symptoms arose again, in the heat of the summer at a local beach in Florida. After several years of running through skeptical neurologists, my Primary Care physician sent me to the Mayo Clinic. You already know the rest of the story.

I am confident that I finally have the correct assessment of my on-again, off-again disability. And, to be honest, I am very relieved. Mostly I am relieved for my wife and daughters. I plan to put together a physical therapy program that includes Tai Chi (which I did years ago). Right now, it is cooler outside with winter approaching, so the symptoms have greatly reduced. Cool and low light always seems helpful.

Join in and write your own page! It's easy to do. How? Simply click here to return to Adult SPD .