What are You Eating Now part 2 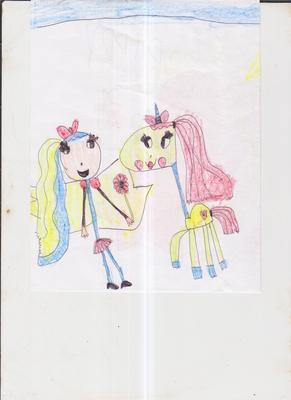 It is now 1 year later and My 6 year old had a lot of emotional ups and downs(daily) she started to develop breasts, and hair she was becoming an emotional wreck,I asked her doctor to have an eval done with a therapist,and she agreed only after seeing her in the office having an explosive outburst that lasted more than 30 minutes,all because she didn't have a certain crayon.long story short she is now seeing multiple therapists,after 3 years with her occupational therapist ,we as a team have decided to bring it to a close for now and to replace that I decided to get her back into swimming and, she has had only 1 meltdown thus far, as far as her school is considered she currently attends the ORCA academy which has worked out beautifully she studies at home, and she maintains all A's, her school work, and classroom are all online,she gets to work as fast as she needs and is challenged enough with her classes where she is not bored.back to my wonderful daughter.

we were screened by several other doctors and I was then informed that my daughter was experiencing early puberty and now came the biggest decision of my life,to have an implant surgically put in or force my baby to have shots every 3 months..here my daughter who has never even had an ear infection all of a sudden needs one or the other if she was to have a shot at a normal womanhood with the choice to become a mother herself or to do nothing and not allow her to decide her own future....well I made the choice to have the implant put in so now 1x per year until she gets closer to age of natural puberty,she will have an operation. It has been 4 months since the implant was put in and she is doing great,she is more in control of her emotions, she will continue to see her psychotherapist,and continue to do the ORCA academy for another school year and with her medications that she is taking for her to sleep at night she has more productive days O she has finished all her classes 2 months early...so now think of ways to make each day a new learning experience for the both of us.